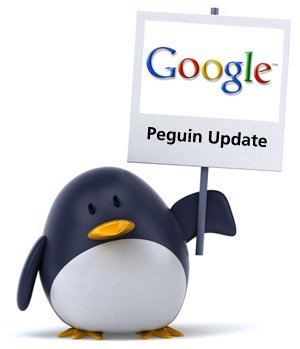 So the latest Google update to their search algorithms, dubbed the “Penguin” update is wreaking havoc across the Internet and amongst SEO professionals, as many find websites that used to appear reliably at the top of the search engine listings, for the keywords that gained all the traffic, are suddenly nowhere to be seen, having been obliterated out of existence (at least as far as getting listed in the search results of Google is concerned) and leading many so-called “professionals” to begin to question whether SEO is even viable anymore.

Some are even saying that SEO as a business service is dead in the water….

So, What The Hell Is “Penguin” And How Do I Get My Website Ranking Again?

Our friends over at Microsite Masters are in a uniquely privileged position; they have the data on where websites have been ranking over time for thousands and thousands of webistes. This includes information on the websites that are still doing ok or have been unaffected, and those websites who have been affected by the Google update and have plummeted out of existence. So, with all that precious information to hand, they have trawled through all of this data (using a very nice large sample size), and what they have found, which wasn’t expected by many including ourselves, should provide a pretty good idea about the best way of building your websites and going about getting them ranked in the search engines from now on.

Great. But What You Really Want To Know Is What Did They Find, Right?

From this point on, we’rre going to hand over to the article written by Microsite Masters, the original of which can be read here:

Link over-optimization is one of the most thrown around concepts in the SEO community now, so it was naturally where we decided to look first. We took a look at the sites that tanked and the sites that didn’t, and for both we looked at what their anchor text distribution was.

More specifically, we were interested in seeing what percentage of those links had anchor text for keywords that the site was trying to optimize SERP visibility for (such as “blue widgets”) versus any other type of anchor text (this could be “bluewidgets.com”, “blue widgets | the number one widget site”, “click here”, or anything that wasn’t a keyword containing measurable search volume). What does this mean? It means that every single site we looked at which got negatively hit by the Penguin Update had a “money keyword” as its anchor text for over 60% of its incoming links. On the other hand, the sites that were not hit by the update had much more random percentages. Having over 60% of your anchor text being a money keyword did not guarantee that your site would be hit by the penalty (many of the sites not affected had numbers just as bad), but if under 50% of your anchor text for incoming links were “money keywords” it’s all but guaranteed you weren’t affected by this update.

Taking a look at the above information we compiled says much of the same. The graph above shows that only 5% of the sites affected by the update had a URL structure (ex: bluewidgets.com) as 2 or more of their 5 most common anchor texts. On the other hand, nearly half of the sites not affected had the same. What does this mean? Most of you will say that this is a clear example that Google has issued a link over-optimization penalty (or at the very least over-optimization link devaluation), and that is absolutely correct.

However, that’s only half of what we uncovered (in fact, it’s the least important half!)

If This Update Isn’t Just About Over-Optimization, What Else Is Factored?

In the recent post made by Matt Cutts, he specifically called out pages that were trying to fake relevancy (or just weren’t relevant at all), and gave an exaggerated example of what to avoid.

Although his example is a little extreme, it gives insight into what Google is going after: links that are not relevant (and therefore not likely to be created naturally). This should come as no surprise to anybody that Google wants to avoid this. After all, how can a “citation” or “recommendation” (which is how the concept of link “valuation” first came to be) be valid if the citation or link has absolutely nothing to do with the page or site that it is on?

We decided to test this by taking a look at the top links for all of the sites contained in our study to see how many of those links came from sites that are in the same, similar, or related niches.

This data shows something very important: penalized sites generally had very little links coming from domains and websites in the same niche. The numbers obviously show that it’s OK, and probably beneficial to have links coming from nonrelevant sites, however it’s important to supplement those links with links coming from sites relevant to the subject matter of your site.

Conclusion: What Is Google Doing?

We just demonstrated the “actions” Google is taking by evaluating one of the best data sets in existence to conduct a case study of this nature, so it should be obvious that Google is trying to prevent over-optimization of links in terms of anchor text use and valuating links from relevant sites higher than links from non-relevant sites in terms of SERP visibility for the promoted site.

If you take a look at those two facts separately, you get two separate things you should be doing.

However, if you take a look at those two results together, a juicier piece of info comes out:

Google is trying to replace or devalue “anchor text” use with “niche/content relevancy of linking sites” as a primary link relevancy, (or “quality”) signal.

Anchor text, has been proven by SEO’ers for the past 10 years as easy to manipulate. However, obtaining links from websites or pages in a similar niches and with relevant content to the keyword you’re trying to rank for is generally much harder to manipulate. This reality and ease of the manipulation obviously prompted Google to create this update.

Furthermore, unlike 2 or 3 years ago, the technology to determine the niche of a domain or webpage is becoming much easier and much cheaper to use. That means reliance on anchor text is not nearly as big of a “ranking factor” as it was before when it was much harder to determine content relevancy on a large scale.

So, Now You’re Armed With All This Amazing Data, What Do You Do About It?

Simple, go and read the article in full here

What Our Customers Say